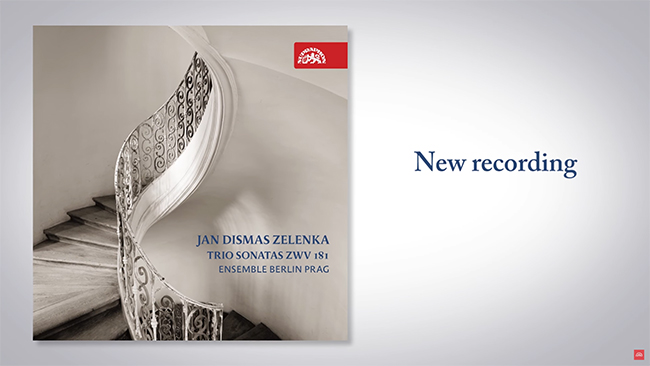 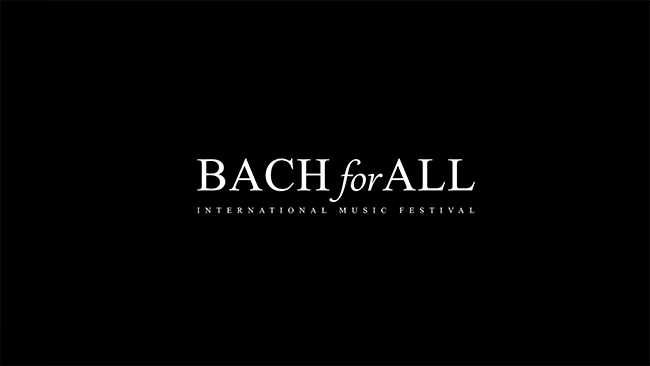 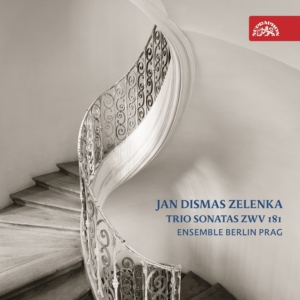 Ensemble Berlin Prag was formed in 2011 as a gathering of top German and Czech artists. Their mission is to redefine interpretative standards with an emphasis on authentic performance style and aesthetic purity.

In the Czech Republic, the ensemble has appeared in music festivals such as Concentus Moraviae, Janacek’s May and the FOK cycle. Their appearances abroad include last year’s MDR Musiksommer festival, and this year’s Mitte Europa, where oboist Vilém Veverka performed as “Artist in Residence”.

The leitmotif behind the formation of Ensemble Berlin Prague was the idea of an ensemble performance of the cycle of trio sonatas for two oboes, bassoon and basso continuo by Jan Dismas Zelenka, which are, in interpretive complexity and musical scope comparable to Bach’s Brandenburg Concertos (both cycles consist of six compositions).

The idea of Ensemble Berlin Prag dates back to the year 2005. It was then that Vilém Veverka and Israeli bassoonist Mor Biron met as scholars at the Orchestral Academy of the Berlin Philharmonic. Under the guidance of leading German oboist Dominika Wollenweber, they learned and performed select works by J.D. Zelenka and F. Couperin – the source of today’s repertoire.

It is interesting to note that Vilém Veverka performs in the ensemble alongside his former teacher Dominik Wollenweber, this being the logical culmination of the two artists’ cooperation.

»As an English horn player I have a lot of time to listen. I mostly play when all the other musicians are silent. The dark sound of the cor anglais is especially effective at lyrical, melancholy and contemplative moments.«

The sound of the cor anglais (English horn) has been familiar to him since his earliest childhood: his father was the cor anglais player in the Bavarian State Orchestra. But Dominik Wollenweber took the long way round to this instrument. He first played the flute and, aged 14, took up the oboe, which he studied in Munich with Hagen Wangenheim at the Musikhochschule and with Simon Dent at the Richard Strauss Conservatory.

He made his first contacts with the Berliner Philharmoniker as a scholar of the Orchestra Academy, in which he studied from 1991-93 with Hansjörg Schellenberger. During this time, Wollenweber was principal oboist of the European Union Youth Orchestra under Claudio Abbado. After applying for various oboe positions, he approached the Berliner Philharmoniker to audition for the vacant cor anglais post and was engaged.

In addition to his many activities in the orchestra and chamber music, he has taught since 2000 as a visiting professor for oboe at the Hanns Eisler Musikhochschule. The father of six children, he prefers to spend his free time with his family.

Vilém Veverka (1978) is one of the Czech Republic’s most respected interpreters. A graduate of the Prague Conservatory (F. X. Thuri) and Prague’s Academy of Performing Arts (Liběna Séquardtová), he also attended a number of courses by French oboist Jean-Louis Capezzali. His involvement in the Gustav Mahler Youth Orchestra was a key spur to his artistic development, as were his subsequent studies under leading German oboist Dominik Wollenweber at Berlin’s Hochschule für Musik Hanns Eisler. A two-year stint with the Berlin Philharmonic (on a Karajan Foundation grant) greatly benefitted his professional development, while the preeminent foreign oboists Albrecht Mayer, Hansjörg Schellenberger, Maurice Bourgue and Heinz Holliger provided him with more than mere inspiration.

His journey culminated with triumph in one of the most prestigious oboe competitions, the Sony Music Foundation (Tokyo, 2003). Veverka’s performances of contemporary music have won him attention as a soloist. His repertoire includes pieces in all styles, from Baroque to contemporary. He works with outstanding Czech and foreign orchestras (Prague Philharmonia, Prague Symphony Orchestra, Prague Radio Symphony Orchestra, Brno Philharmonic Orchestra, Tokyo Philharmonic Orchestra, Vancouver Symphony Orchestra, Bayerisches Kammerorchester, Münchener Kammerorchester, Slovak Philharmonic, Krakow Philharmonic, etc.). He has performed several demanding compositions from the second half of the 20th century in their Czech premiere (Berio, Britten, Carter, Feldman, Rihm, Yun, Zimmermann), including concertos by Martinů and Kopelent. His versatility as an interpreter underscores not only the first Czech complete recordings of Telemann’s 12 Fantasias for Oboe solo but also the first complete rendition of Zelenka’s Trio Sonatas with the Ensemble Berlin-Prag, which he founded in 2011 with members of the Berlin Philharmonic. Veverka is solo oboist with the Brno Philharmonic Orchestra, chief of the PhilHarmonia Octet and an ambassador of the French company Buffet-Crampon. In 2014 he was artist in residence at the top German festival Mitte Europa. In September 2015 he brought out his third solo album on Suprahon, of concertos by Bach, Vivaldi and Telemann, which he recorded exclusively with Ensemble 18+.

»As a teenager, I always used to watch the great videos with Karajan. At the time, I wanted nothing more than the chance to play just once for three minutes with the Berliner Philharmoniker. And now I have been given the opportunity…! This orchestra plays music exactly as I imagined, which makes the work here so special for me. And then there are my colleagues! Such a mixture of different personalities who all come together as one in music.«

Mor Biron played the cello and bass recorder before deciding to concentrate on the bassoon. He began his studies under Gad Lederman und Maurizio Paez at the Academy of Music in Jerusalem and from 2004 under Klaus Thunemann and Volker Tessman at the Academy of Music Hanns Eisler Berlin. From 2004 to 2006 he was a student of the Orchestra Academy of the Berliner Philharmoniker and became a member of the Berliner Philharmoniker in 2007.

Mor Biron, whose musical training was supported by scholarships from the America-Israel Cultural Foundation and the Barenboim-Said Foundation, had already gained practical experience in various orchestras. For example, he played in the Gustav Mahler Jugendorchester led by Claudio Abbado, the Berliner Sinfonie-Orchester (now the Konzerthausorchester Berlin) and was principal bassoonist of the Orquesta del Palau de les Arts Reina Sofia in Valencia under Lorin Maazel in the 2006/2007 season.

Since 2000, he has been a member of the West-Eastern Divan Orchestra under Daniel Barenboim, an orchestra with which he has also performed as a soloist on numerous occasions since 2005. Mor Biron, a winner of numerous competitions, also devotes himself intensively to chamber music. He is a member of the Ensemble Berlin and the Philharmonic Octet of the Berliner Philharmoniker.

One of my teachers in Heidelberg raved about the Berliner Philharmoniker and won me over with a record of Beethoven’s ›Eroica‹.« Since then it was my goal one day to play in this orchestra. The quality of an orchestra is determined by the sum of the individual musicians’ capabilities. Listening to the colleagues, whether in rehearsal or concert, is always pure, inspiring pleasure. I’m grateful to be able to play here and marvel at how the artistically and otherwise thoroughly dissimilar individuals in the orchestra can focus their energies in order to produce such a powerful and concentrated sound.

Ulrich Wolff initial learned the violin and later added the double bass because a small chamber ensemble with whom he played in his native city occasionally needed that instrument. He played both in the ensemble as needed. Two ambitious teachers who motivated him to find his profession are responsible for his eventually becoming a double-bass player. Wolff studied with Rainer Zepperitz at the Berlin Hochschule der Künste. In 1977 he was a member of the world youth orchestra directed by Leonard Bernstein in Seoul and Tokyo, and in the following year he began playing with the Berliner Philharmoniker, interrupting his service from 1981 to 1985 in order to play as principal double bass under Sergiu Celibidache in the Stuttgart Radio Symphony Orchestra. From 1997-99 he also was in the Bayreuth Festival Orchestra. He performs with many chamber ensembles, for example the Ensemble Berin, which he co-founded, and the Philharmonic String Octet. Wolff has also appeared with Isaac Stern, the Auryn Quartet and the Philharmonia Quartet of Berlin. His special love is early music, which he has cultivated since childhood. A former member of Musica Antiqua Köln and a member of Concerto Melante, Ulrich Wolff is proficient on such historic instruments as the violone in D and G and the viola da gamba. His engagement on behalf of young musicians is seen in the numerous master classes that he gives. Since 2005, he has taught at the Gustav Mahler Academy founded in Potenza, Italy by Claudio Abbado. A large portion of his free time is also devoted to music. Ulrich Wolff’s occupations include research into the source material of musical works and reading the musicological literature. His favourite extra-musical activity is walking in the mountains.

– the harpsichordist of German origin studied in Freiburg and Strasbourg under Aline Zylberajch, apart from mastering the harpsichord she also studied the hammerklavier. Later she studied harpsichord/fortepiano with Kenneth Gilbert and Early music performance practice with Nikolaus Harnoncourt at the Mozarteum in Salzburg, Austria, where she graduated in1995. In the same year she earned the first prize of prestigious “Prix d’encouragement-special mention” (an international harpsichord competition in Bruges). After 1989 Barbara has settled in Czechoslovakia where she has found the new working and living base. Barbara Maria Willi is a professor of historic keyboard instruments at the Janacek Academy of Performing Arts in Brno, where she has established and leads her own harpsichord studio.

This internationally respected soloist is a sought after expert in the Czech Republic, as for Early music. She has also performed at numerous renowned Czech and European music festivals. Together with the famous British violinist John Holloway and the lutenist Nigel North, she recorded newly-discovered sonatas by J. H. Schmelzer from the Kromeriz music collection. This recording was awarded the “Preis der Deutschen Schallplattenkritik” (the prize of German music reviewers) and has met with an outstanding response of the American music reviewers “Fanfare and American Record Guide 2001”. In 2000, she co-operated with the mezzo-soprano Magdaléna Kožená and the counter-tenor Thierry Grégoire in a performance of George Frideric Handel´s cantatas at the music festival Concentus Moraviae. The television broadcast of the performance was awarded the prestigious Golden Prague Festival Prize, 2000. Barbara also worked with Magdaléna Kožená on the recording of the CD with the Prague Chamber Philharmonia, conducted by Michel Swierczewski for a reputable recording company Deutsche Grammophon. 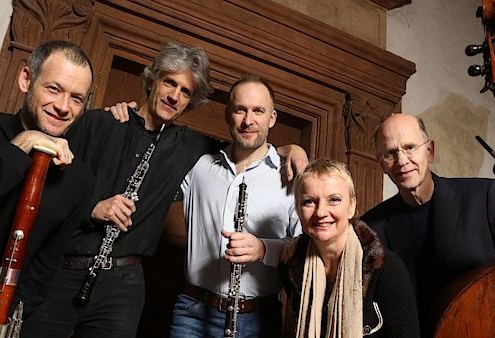 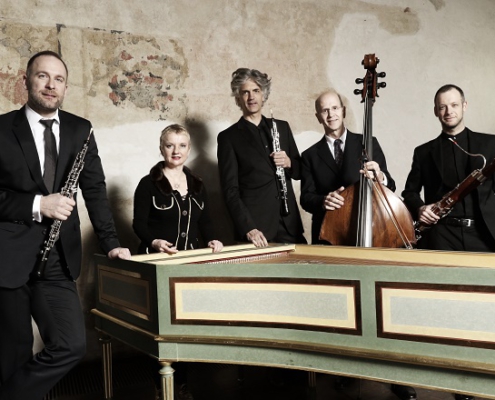 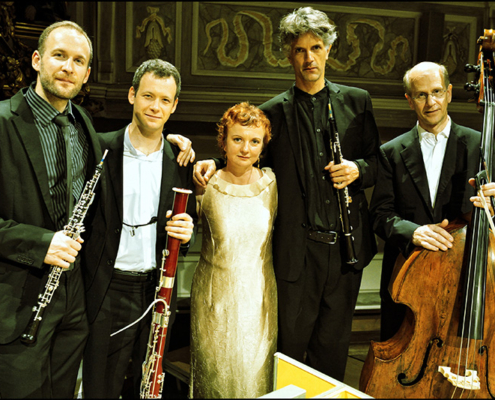 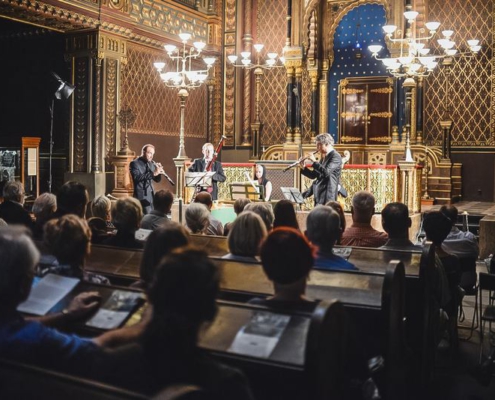 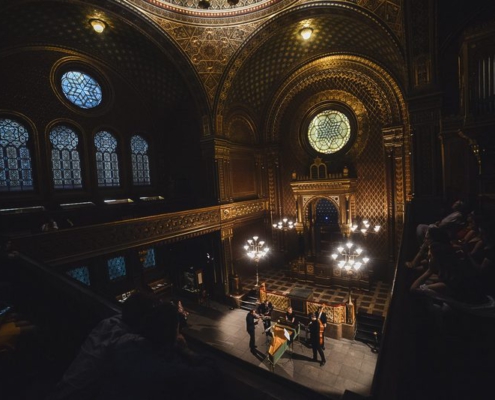 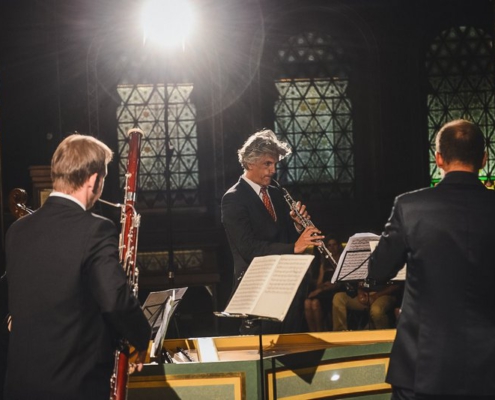 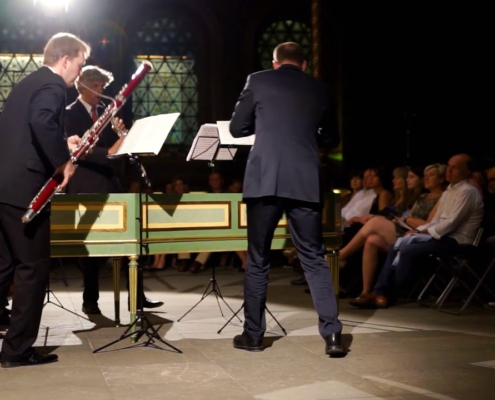 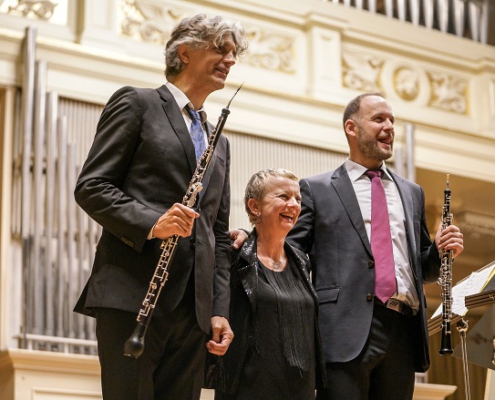 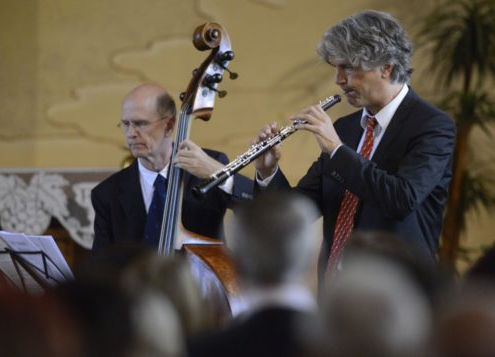 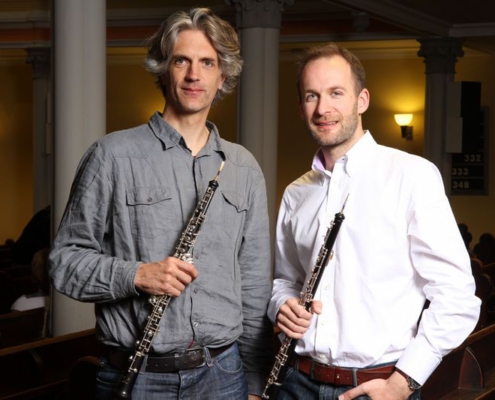 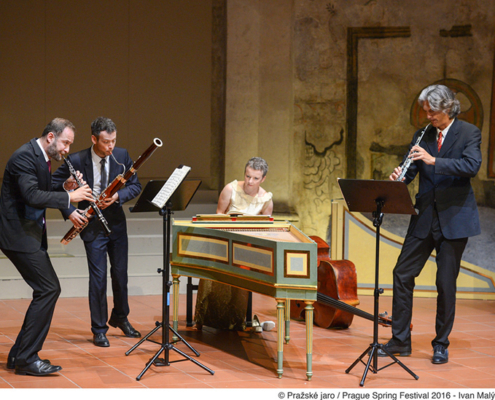 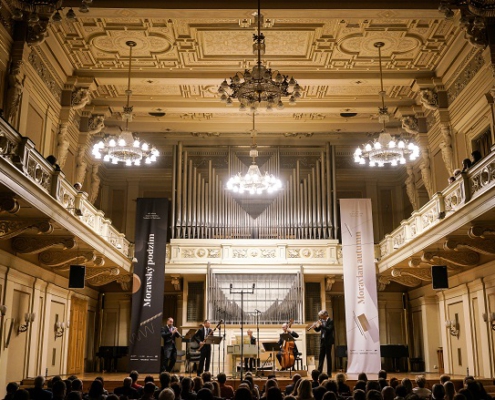 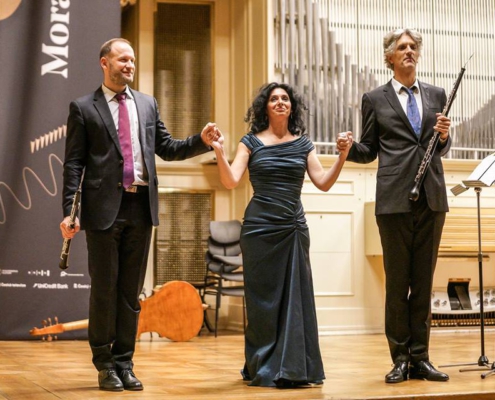 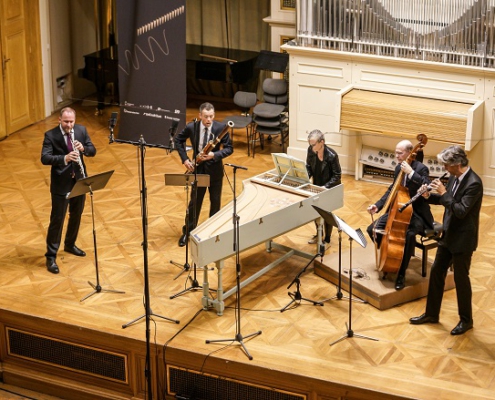 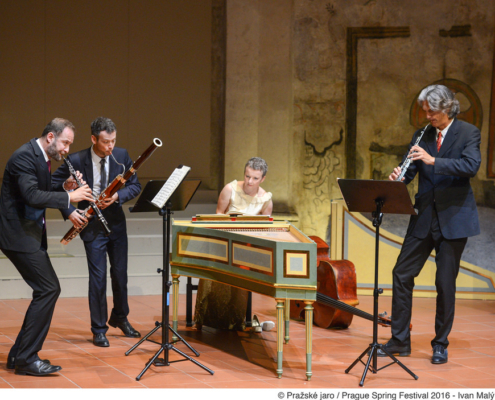