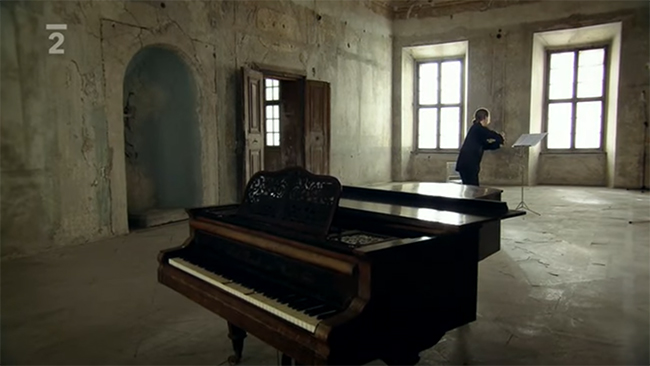 Milan Paľa is a wonderfully musical, infectiously spontaneous virtuoso whose extraordinary ability beautifully radiates the expressive music of the 20th and 21st century, giving fellow performers and audiences a unique and thrilling experience. His sense of musical detail and general commitment are exemplary. Working with him was a veritable treat – true enthusiasts of his kind are extremely rare in our time. 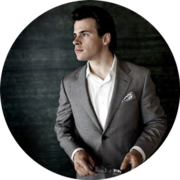 Milan Pala’s performance is like a fire. I’ve been astonished by his creative energy. He’s not just a first-class violinist but a real wizard on his instrument! 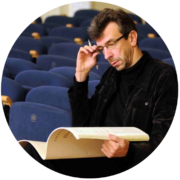 “… Milan Paľa is not only one of the greatest violinists, but his style has such a strong and unique character that we can say he created a new world for the violin.” 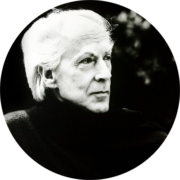 Milan Paľa (born 1982), a violinist of Slovak extraction, is one of the most distinctive personalities on the contemporary music scene. His unique style of playing is unmistakable and experts justifiably rank him among the world’s top performers of the younger generation. During his studies at the Ján Levoslav Bella Conservatory in Banská Bystrica, at the University of Music and Performing Arts in Vienna and the Janáček Academy of Music and Performing Arts in Brno, Milan Paľa won numerous awards and attracted international attention in European competitions. At that time he also took international master classes in Zurich (with Vladimir Spivakov and Jean Guillou) and, in a private class with Semyon Yaroshevich, became acquainted with the legendary Russian school of David Oistrakh. However, it was his cooperation with composers that, according to Milan, profoundly influenced his musical expression.

A close relationship and creative collaboration with such composers as Jean Guillou, Evgeny Irshai and František Gregor Emmert resulted in a string of works “made-to-measure” for the young violinist, who at the same time expanded his performance skills to a point far beyond the limits of the ordinary.

A violinist who is also a virtuoso of the viola, Milan Paľa is in demand for first performances of new works, and he has premiered a large number by such composers as Jean Guillou, Evgeny Irshai, František Gregor Emmert, Marián Lejava, Christophe Sirodeau, Erkki-Sven Tüür, Ádám Kondor, Ivan Josip Skender, Ante Knešaurek, Adrián Demoč, Tõnu Kõrvits, Daniel Matej, Lena Sierova and Wolfgang Bauer. In recent years he has performed for audiences at several prestigious events showcasing new music, of which the most important included the ISCM World New Music Days 2013, the 28th Music Biennale Zagreb (2015), Arcus Temporum (Pannonhalma, Hungary), the Melos-Ethos International Festival of Contemporary Music (Bratislava, Slovakia) and the Hradec Králové Music Forum (Czech Republic, 2013), where he played the Violin Concerto by the Finnish composer, Esa-Pekka Salonen. In April 2017, he performed at the 29th Music Biennale Zagreb, this time in Harrison Birtwistle’s Concerto for Violin and Orchestra under the baton of Pierre-André Valade.

A major project of the “enfant terrible of the solo violin”, as Milan Paľa was once described in an interview, has been to record the complete works for solo violin by Slovak composers, entitled Violin Solo 1-5. For this momentous undertaking he received multiple awards, including the Prize of the Minister of Culture of the Slovak Republic (2014), the Frico Kafenda Prize (2015) and the Ľudovít Rajter Prize (2009). The last award for young Slovak musicians has so far been given to only three performers. Milan Paľa was the second laureate, and received the award not just for his exceptional performing skills but also for his unique approach to Slovak music. In 2014 he was awarded the Tatra banka Foundation Prize for his recording of Slovak Violin Concertos with the Slovak Radio Symphony Orchestra conducted by Mário Košík.

Milan Paľa’s continuously expanding discography contains many works of the world’s violin repertoire. With pianist Ladislav Fanzowitz, he is committed to recording the complete sonatas for violin and piano by major composers, with works by Johannes Brahms, Ludwig van Beethoven, Eugen Suchoň and Edvard Grieg having been published so far. Their most recent recording (2017) features Dmitri Shostakovich’s Sonata for Violin and Piano, Op. 134, and Sonata for Viola and Piano, Op. 147. A result of the inspiring cooperation of many years between Milan Paľa and the conductor and composer Marián Lejava is their critically acclaimed recording of violin concertos by Alban Berg and Karol Szymanowski with the Slovak Radio Symphony Orchestra. The recording, which received the Radio Head Award in 2016, has met with favourable response internationally.

A new, unique instrument – a five-string violin – occupies a special place in Milan Paľa’s creative output. Dubbed “milanolo”, it is a concert instrument that brings a lower, viola register to the violin, and is the first of its kind. It was created in 2013 at the workshop of the Bursík family of violinmakers in Brno, and bears the name of the performer for whom it was conceived. A special CD presenting the instrument in works by European composers created specifically for the occasion has been issued under the simple title, MILANOLO. 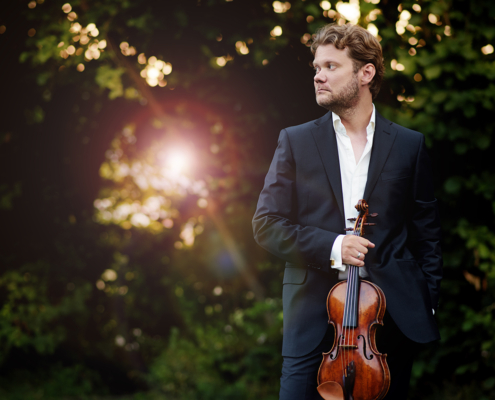 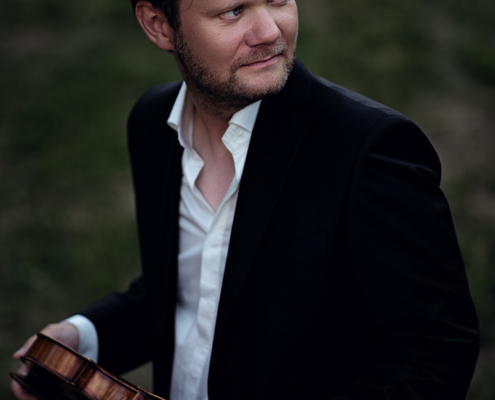 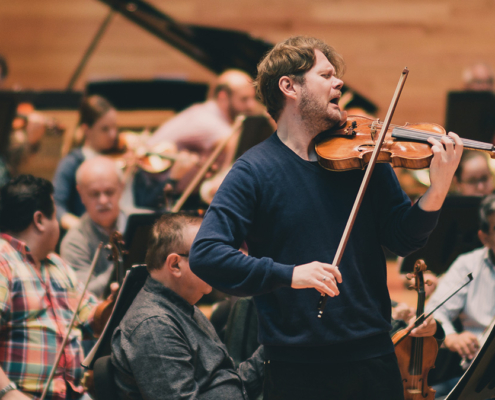 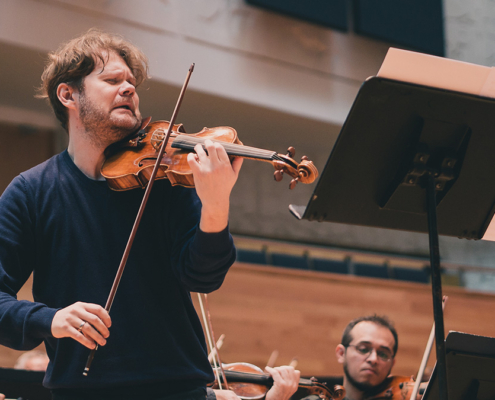 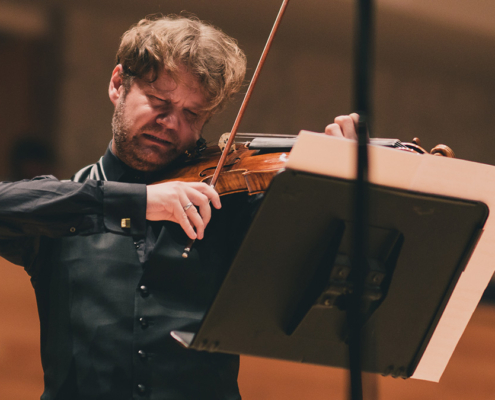 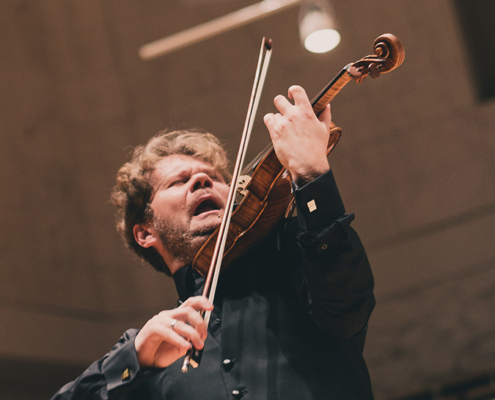 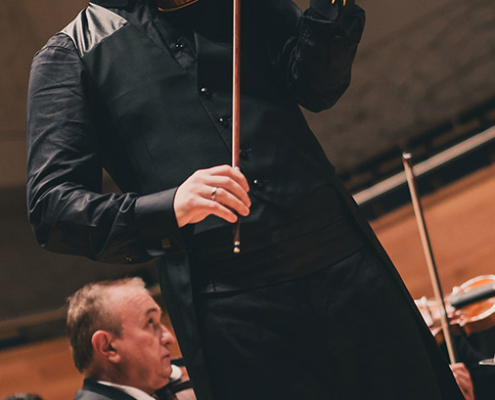 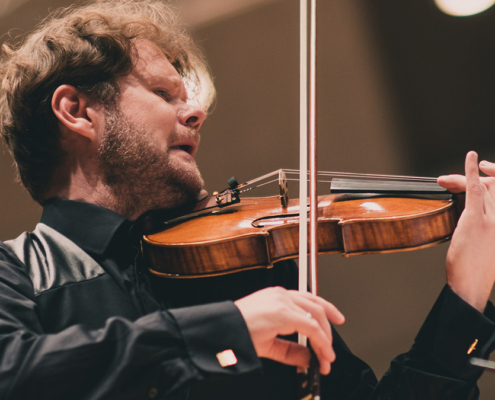 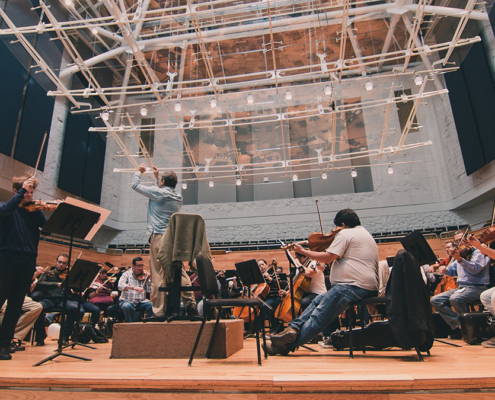 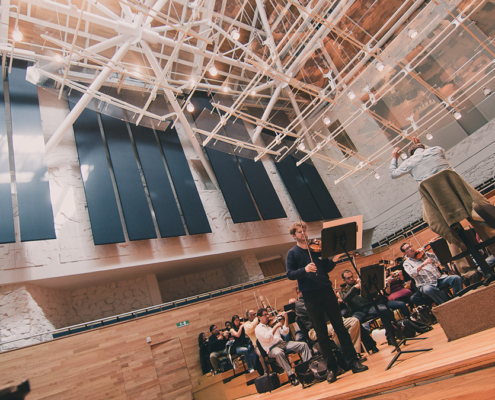 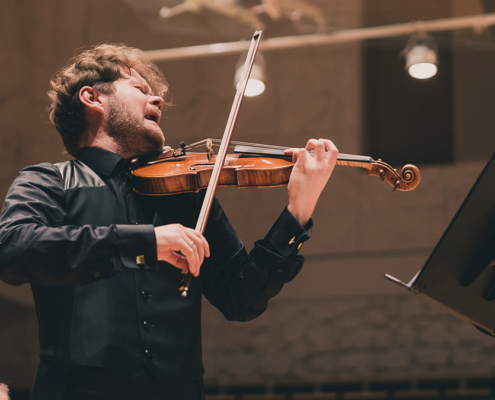 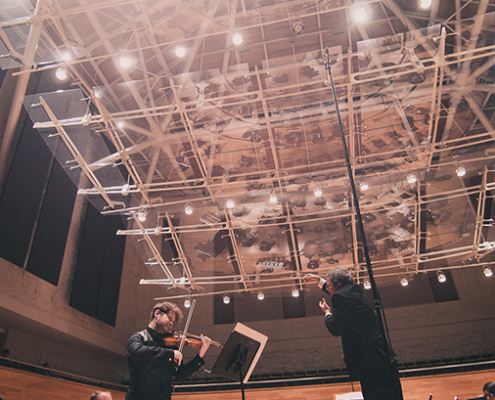 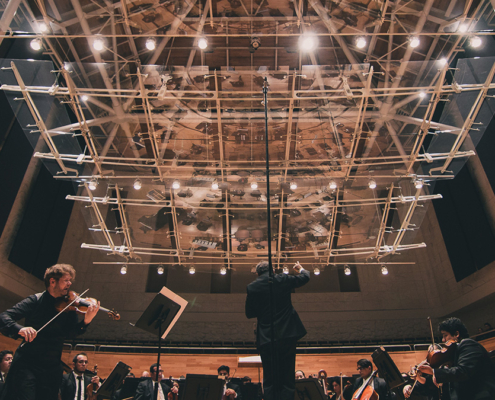 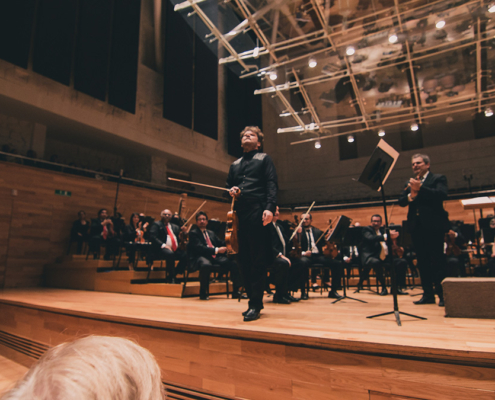