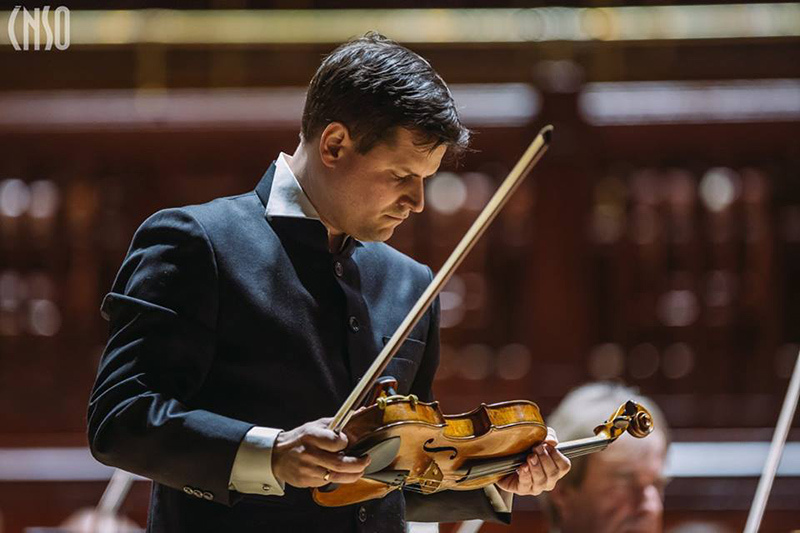 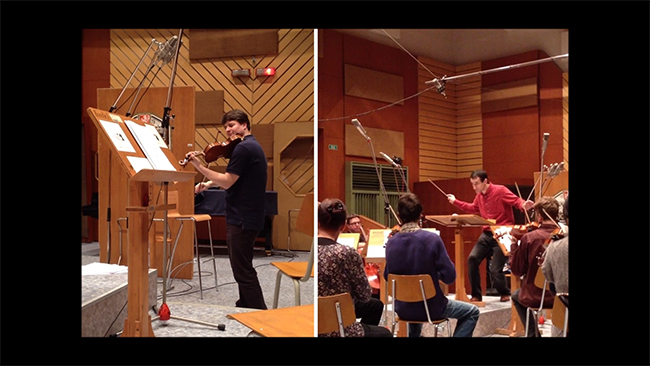 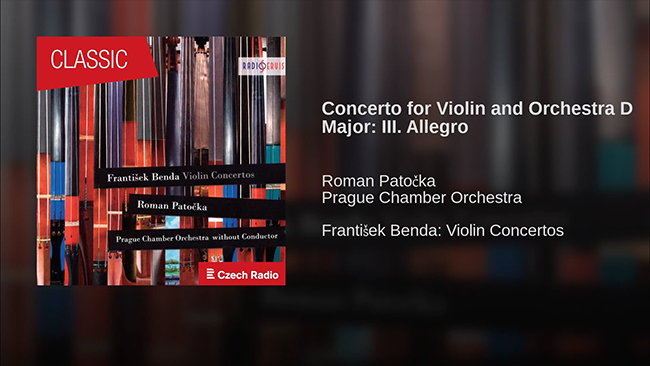 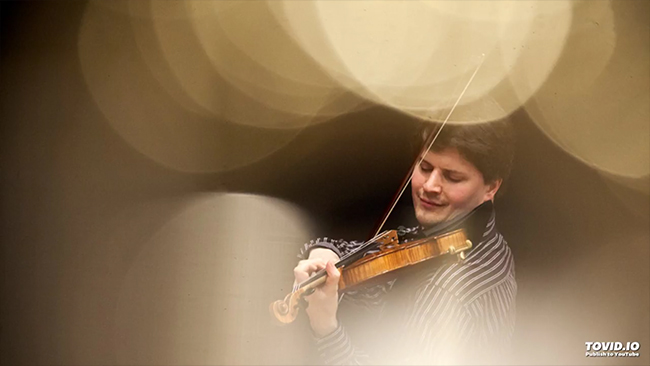 Roman Patočka is one of the best Czech violin virtuosos. Every time I performed with him, his approach to music was full of natural feeling, sovereign playing technique, and infectious musicality. The spark and flair of his playing, as well as his passion and tenderness in the depths of music, make his violin art purely joyful. Roman has also a very broad repertoire in which neither any important pieces of the traditional solo literature nor less frequently played but excellent works are missing. On top of that all, it is personally a great joy to collaborate with him.

Roman Patočka has an excellent technique and a beautiful tone. He is a splendid interpreter, not only of Czech music but also of the world repertoire. I am sure that he has a great career ahead of him.

Called a ‘most talented violin virtuoso,’ Roman Patočka’s colourful musicality and bravura technique make him a prominent figure among the young soloists of his generation—a talent that has captivated audiences worldwide.
After completing studies at Prague Conservatory with Dagmar Zárubová and at Prague’s Academy of Performing Arts, studying under Ivan Štraus, Patočka continued his studies abroad—first in Utrecht with Keiko Wataya, and later in Lübeck with Shmuel Ashkenasi. In 2009, he received his Masters from the Musikhochschule Hanns Eisler in Berlin as a student of Stefan Picard.

Patočka has performed extensively with some of today’s most renowned musicians. He was a participant of the International Musical Academy in Montpellier, as well as the Keshet Eilon Music Centre festival in Israel. Other appearances have included the Ravinia Festival’s Steans Institute in Chicago, and the International Summer Academy in Semmering, Austria. His love of chamber music led to masterclasses with luminaries such as Ruggiero Ricci, Stephen Shipps, Hagai Shaham, Ida Haendel, Georgy Pauk, Vadim Gluzman, Gidon Kremer, Daniel Barenboim and Menahem Pressler.

As a chamber musician, Roman Patočka has performed with some of today’s most important Czech musicians—including Radek Baborák, Martin Kasík, and Igor Ardašev—as well as internationally recognized musicians such as Daishin Kashimoto, Jennifer Frautschi, Lara St. John, Chloë Hanslip, Konstantin Lifschitz, José Gallardo, Maciej Pikulski and Roberto Giordano. He represented the Czech Republic at the international exhibition EXPO 2005 in Aichi, Japan, and has performed chamber music around Europe at festivals such as Les Heures Romantiques au Pays de Monthodon and the Festival Pablo Casals in France. Other performances have included the Lange Nacht der Musik in Vienna, Les Journées Romantiques du Vaisseau Fantôme in Paris, the Shafran Festival at the Waldenburg Castle, the Chopin Festival in Mariánské Lázně, and the Prague Spring Festivals, among countless others. Patočka is a member of both the celebrated Talich Quartet and the Eben Trio.

Roman Patočka’s recordings have appeared on Czech Radio, BBC Radio 3, ORF, Radio 4 Netherlands, Romanian Radio, and Japanese TV NHK. In 2006, he recorded a CD of music by Beethoven, Suk, Dvořák, and Bartók with pianist Frédéric Lagarde. He also appears on recordings with the Talich Quartet and the Eben Trio. Most recently, he recorded a CD of violin concertos by František Benda with the Prague Chamber Orchestra. 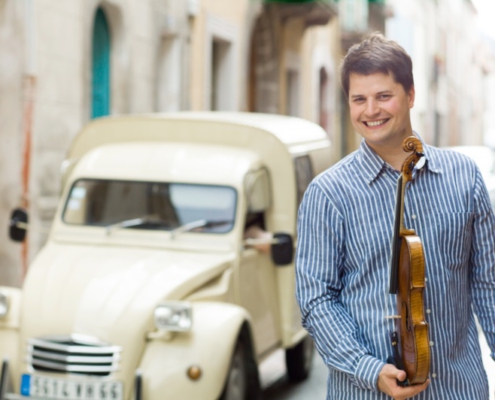 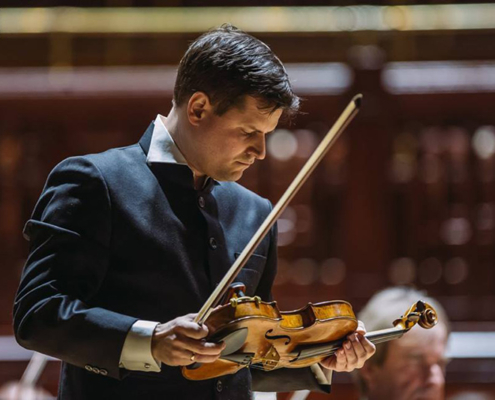 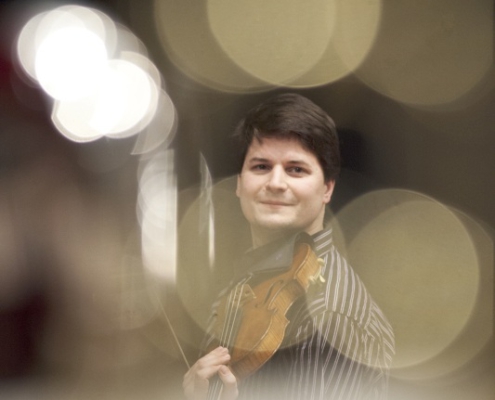 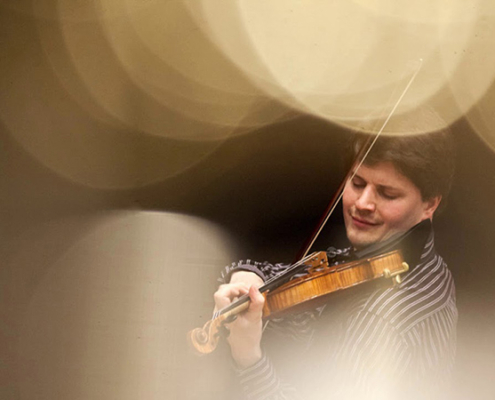 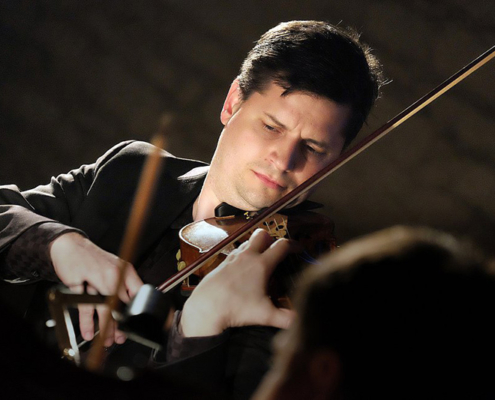